Located in the heart of Ria de Aveiro, the Salpoente restaurant, distinguished in 2020 by TripAdvisor as 1st in Portugal in the Fine Dining category at the Traveler's Choice Awards, has been reinventing itself since the beginning of the pandemic, in 2020.

With Chef Duarte Eira at the head of operations, who has been awarded several times for his signature cuisine, which he combines with a tribute to the raw materials and flavours of the region, Salpoente is positioned for its atmosphere of refinement and sophistication, in two former warehouses of recovered salt, part of the historic heritage of the city of Aveiro. Elegantly decorated with unique pieces, and several collections of art that are always on the walls of its space, Salpoente has received public recognition for its elegant cuisine language, along with excellent service. 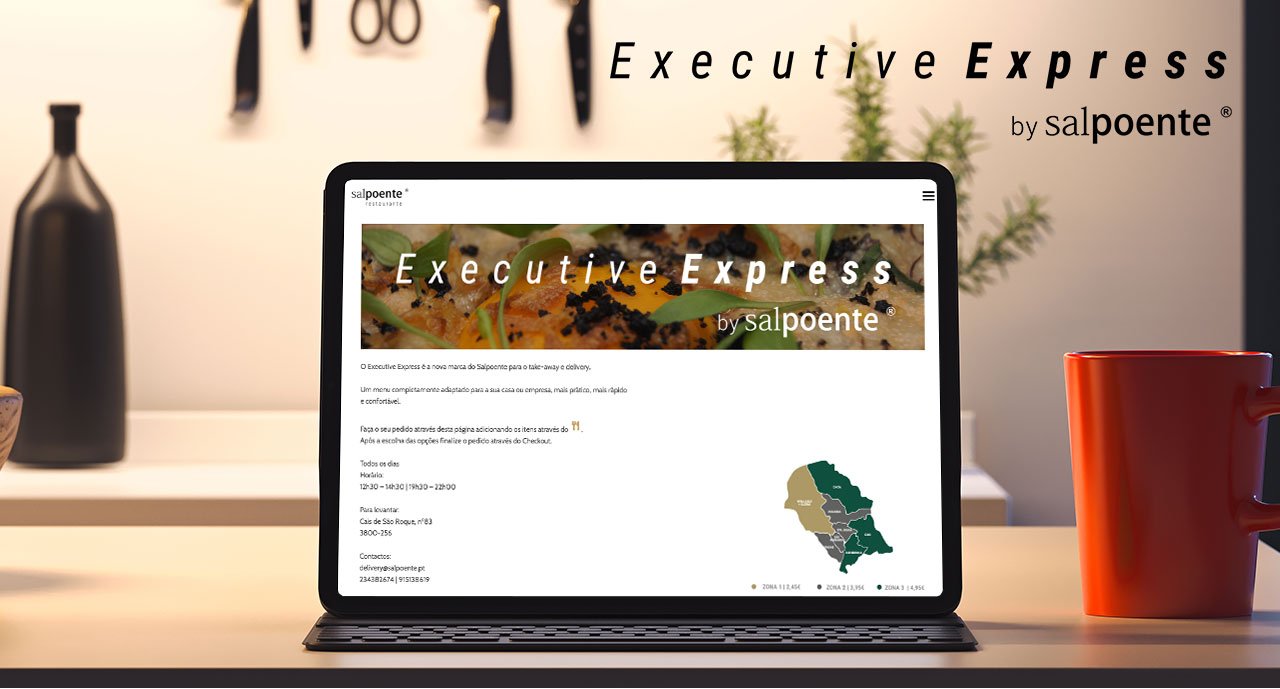 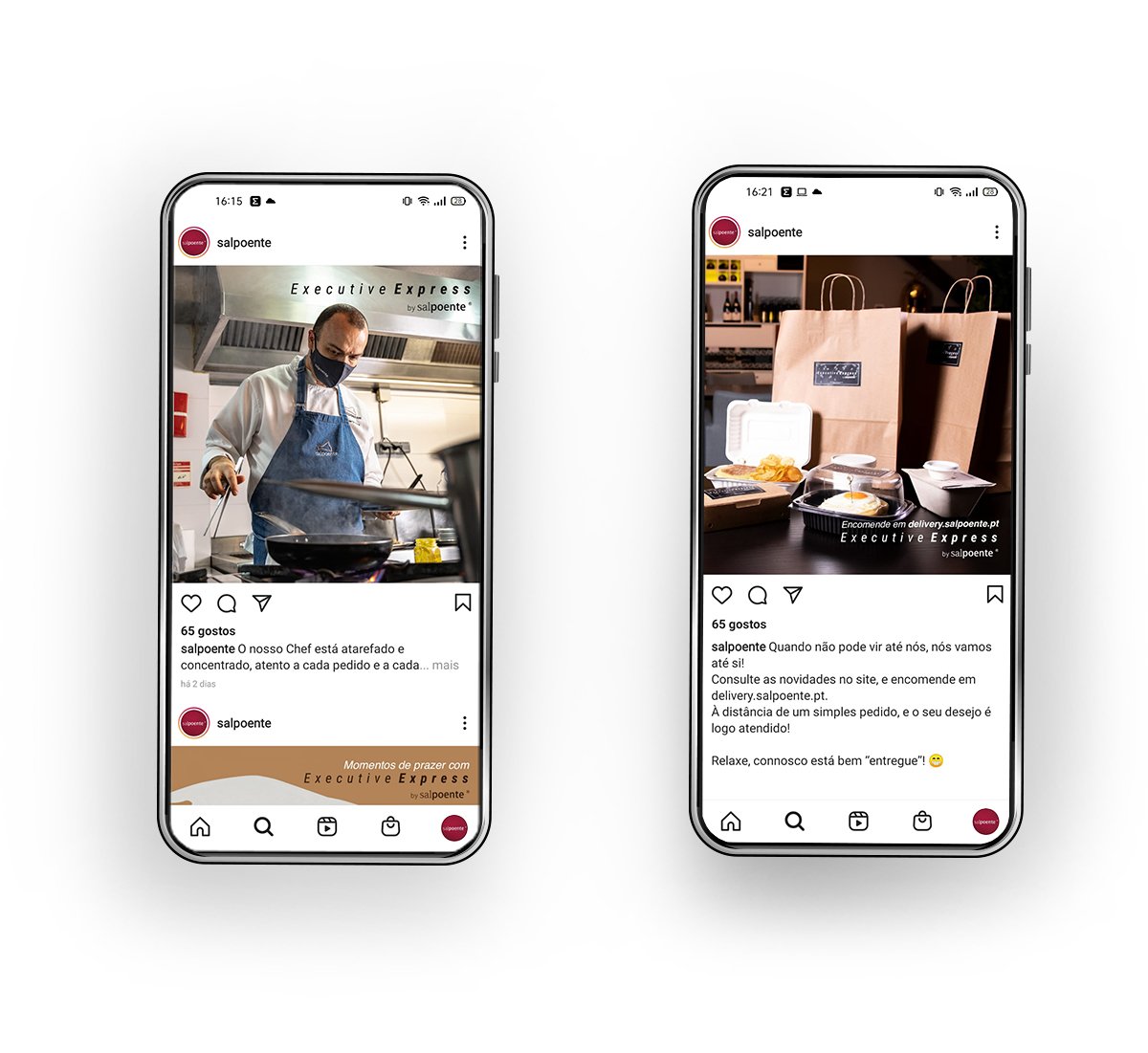 With the pandemic, Salpoente was also forced to adapt to respond as assertively as possible to the new conditions. Thus, in addition to investing in remodelling the space, to enable and respect the safety of its customers and its team, Salpoente established new routines and internal processes, and changed the menu from paper to digital, among other details that focus on the hygiene and safety of everyone involved. But like so many others, Salpoente had seen its doors closed more than once, throughout the pandemic. In response to these drastic changes, it was faced with a new way of being, developing a new delivery and take-away service, Executive Express, for which Brandtellers developed an online store in record time, to respond to the urgent needs of Salpoente. A new, alternative service, entails risks and challenges, not only in terms of processes and adaptation in the kitchen to ensure that the best quality of its products reaches the customers' homes, but also in adapting the course in their menu to the new demands, and communication with a whole new positioning, segmentation and targeting of the service. Amid this transformation, Chef Duarte Eira and his Team renewed the range of courses, developing all kinds of starters, snacks, main courses, and desserts, capable of allowing an efficient and compliant delivery, trying to never lose sight of the soul of the business and the charisma built up over time by Salpoente,

To bring together all these aspects, and promote the presentation of the new face of the service, it was decided that it would be strategically important to develop an advert for social networks, which would bridge the gap between the soul of the business and the charisma of Salpoente, with its new service and positioning. A course was selected for this purpose, symbolising and representing the huge change that had taken place in the offer and positioning: Francesinha. As a dish, including a Francesinha in the offer was antagonistic to the charisma and personality built by Salpoente.

On the other hand, the image of Chef Duarte Eira, and his signature cuisine, has been the representative image of the restaurant, so associating the two was a challenge. In this sense, for the construction of the advert, Chef Duarte Eira was placed in his element: his operations centre - Salpoente's kitchen - to prepare his “Francesinha à Salpoente”, for the new Executive Express service. The filming focused on a sequence of images, fast and clear, with different plans and approaches, to quickly create an expressive cadence that accompanies the elaboration of the “Francesinha do Chef”. A song was chosen to accompany the action, giving more impact to the expression of the movements, and simply elevating the spirit of the various scenes, contributing to the dramatisation of the moment. To finish off beautifully, the “grand-finale” shows the Chef in a posture of irreverence, asking: “Did you think we couldn't do it?”, immediately answering with an act of well-disposed affirmation: “I am Duarte Eira and this is my Francesinha”. The motto was chosen to show that, despite all the difficulties that the changes have implied, Salpoente resists and persists, with positivity and flexibility, being an example of resilience, adaptability, to which we are happy to be connected with and feel very fulfilled to be able to contribute to. Salpoente has seen and deserved the public's receptivity, and Francesinha has been one of the best sellers of its offer!