The history of Minhofumeiro is well worth listening to. It all starts in 1913 with Casa Borges, and tells us about a visionary odyssey for a trade developed at a time when material goods were the bargaining chip.

At 32 years old, Mr João Borges de Sá Carvalho founded Casa Borges, which had a wide range of products and services, from coffee roasting, grain milling to bulk sugar, olive oil, telephones, telegrams, fabrics sold by the metre, clogs and chancas, crockery, tools, energy generators, carbide for oil lamps, and it also had an area where the best wines and snacks from the region could be eaten, and even made it possible to exchange corn for bread and bread. An authentic convenience store where, of course, sausages were a must.

After 4 generations, in which the grocery store and the butchery continued to prosper, Casa Borges became specialised in certain products, and its business strategy was improved to follow the reality of large distribution, having decided to concentrate a big part of the business to the production of sausages and smoked meats.

Thus, Minhofumeiro was born, the manufacturing facilities were remodelled and expanded and a logo was created. By the '90s, Minhofumeiro was already a brand with a licensed structure. In 2005, it was the first company in the sector to obtain ISO 22000 Certification, having obtained other distinctions and achievements in the times that followed.

Today, Minhofumeiro distributes its products to the largest chains in the world, has several partnerships with renowned Chefs, and is present at festivals and public events with it’s food truck, demonstrating its clear dynamism and commitment to innovation.

Minhofumeiro felt the need to put its universe and transmit its history and know-how on a new website, and, for that, it requested Brandtellers for some creative help. 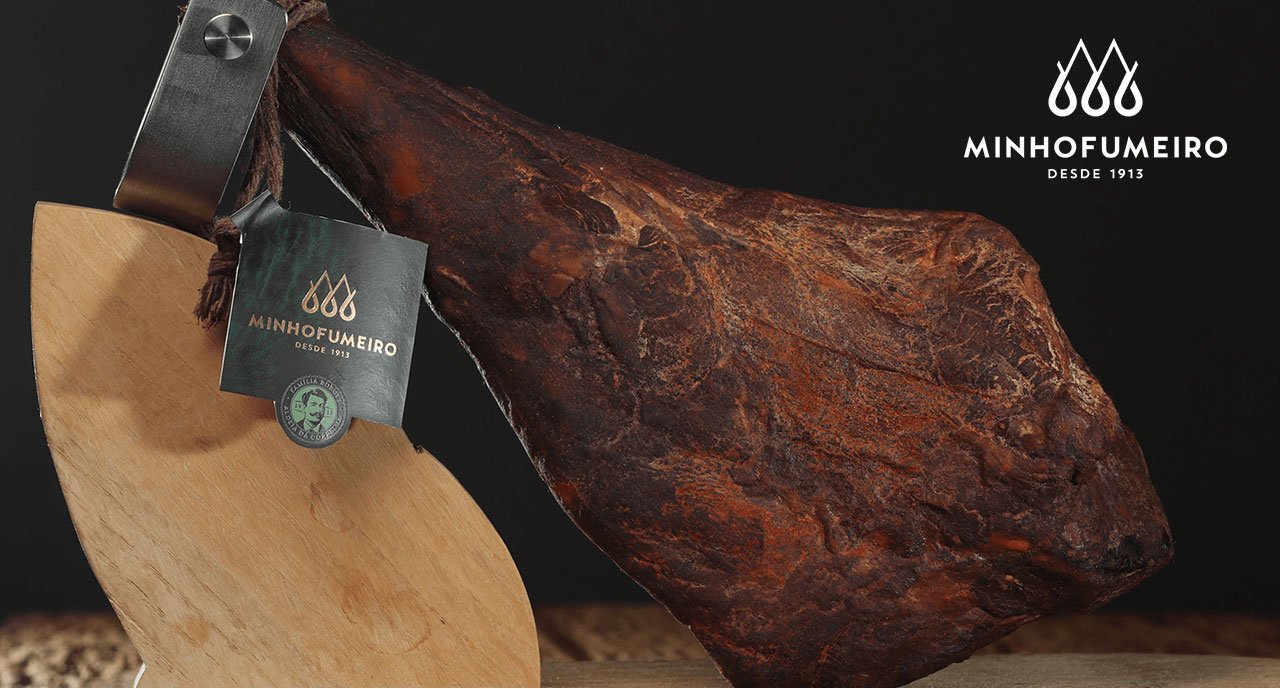 The objective was to create a window to the digital world that was capable of transmitting the charismatic story of Minhofumeiro and allowing tradition and its visionary capacity to innovate to reach its consumers with all the quality and closeness they deserve.

With a history of more than a century, where the world has changed radically, Minhofumeiro’s ability to innovate, adapt and undertake new challenges, should be transmitted in a way that touches and engages consumers, and also conveys this aura from the past and evolution through time.

A website was developed where the modern and the traditional coexist in balance, where the colours schemes and integrated design, using graphics, and video editing, allowed for the creation of an appealing website, with a solid coexistence between a look that connects both the old and the new, highlighting the character of a House that has lasted through time.

With several sections to segment the different information and allow an easy search for content and user-friendly navigation, the entire site was thought and designed to integrate and respond to the different communication needs of the brand, including a blog, a newsletter and social networks. Also, in each of the information sections, the contents were worked in a visually compartmentalised way, helping to identify and distinguish each block of information, where each one stands out from the others, avoiding visual noise.

Finally, as a complement to the brand’s personality, animations of “Mr Fumeiro” and “Minhota”, create and reinforce the sphere of proximity and authenticity of the brand with its target audience.