The Permanent Medical Service (SMP) is a company of the Onyria Golf Resorts Group and it has more than 28 years of experience in providing health services.
Although SMP is the leader in home care and medical support for small and medium-sized businesses, the company's website was not generating leads or sales.

In order to achieve the objectives of the SMP, a three-axis plan was drawn up: 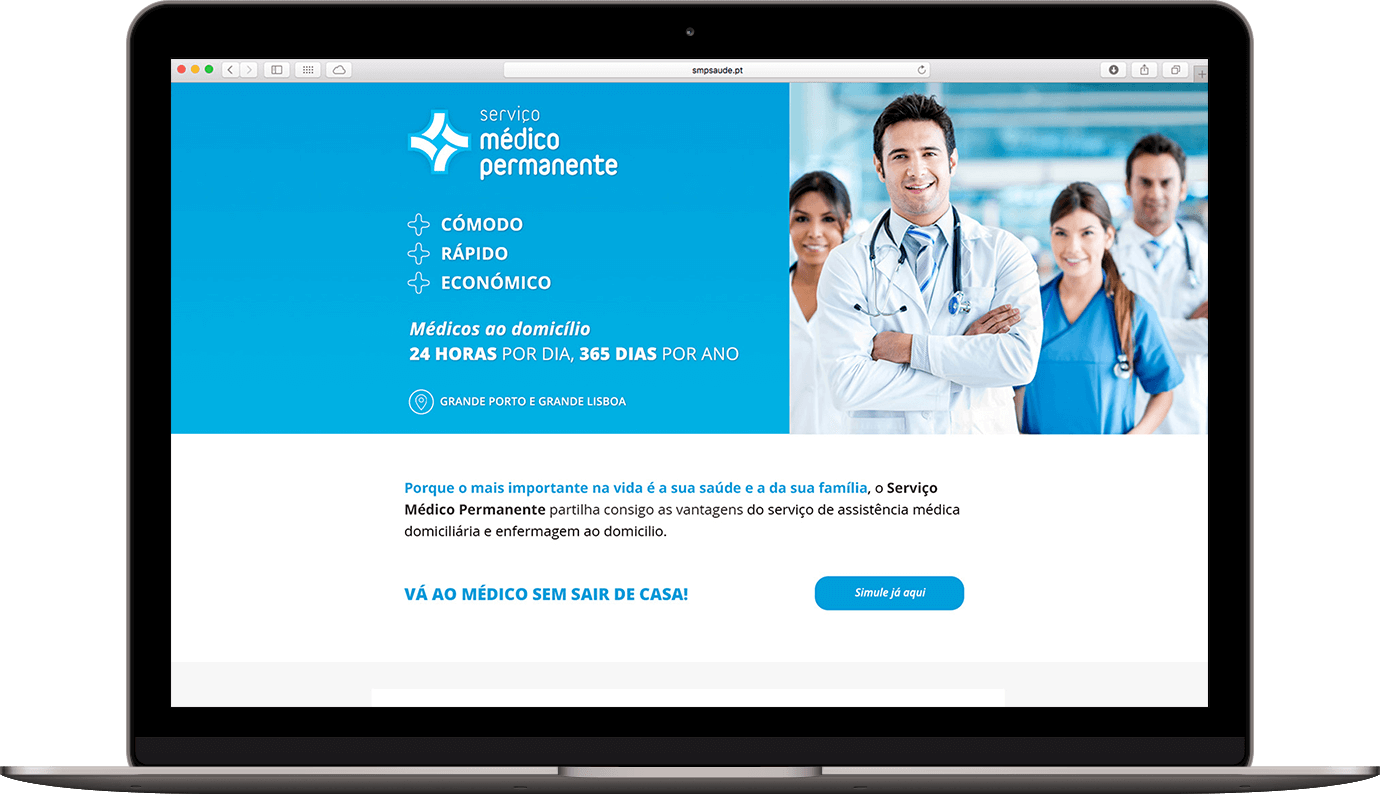 In addition, several analyzes were carried out through Heatmaps, in order to analyze the behavior of visitors on the landing page, namely in which areas of the page they clicked and in which zones where they focused on.

Throughout this 6 month campaign, several changes were made to the Landing Pages in order to optimize them to the maximum to obtain the best results.

A digital media plan was drawn up, based on two platforms, each one applied to a specific phase of the sales funnel: 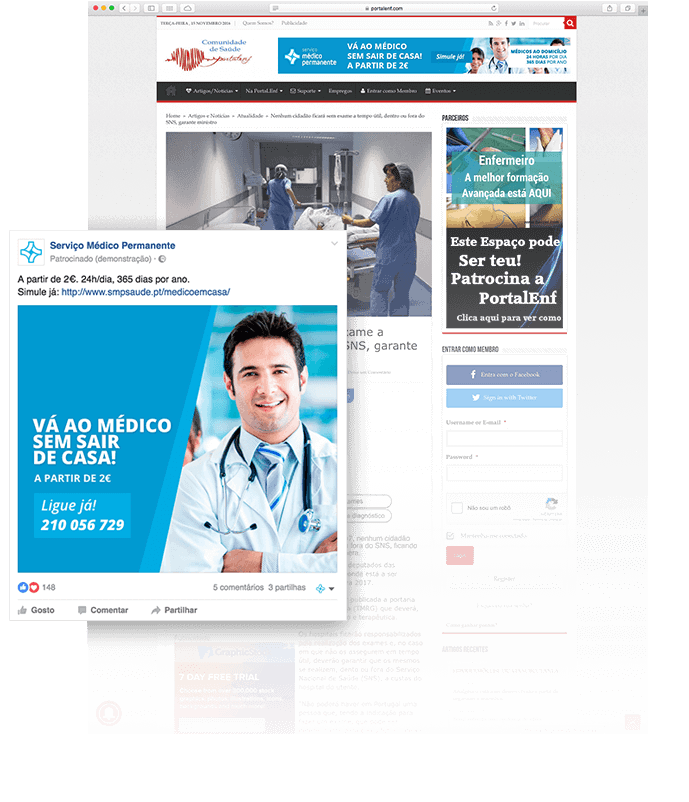 An e-mail marketing strategy has been developed and newsletters have been developed to build and nurture the leads generated on the landing pages so as to generate more opportunities for SMP commercials to work.

About 44,876 visited the Landing Pages during the 6-month campaign, with an increase of about 355% in the number of Leads collected through the website.